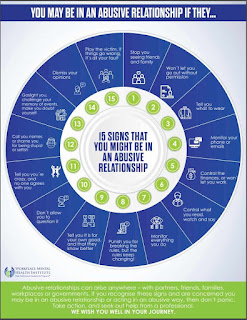 "If you do not take an interest in the affairs of your government, then you are doomed to live under the rule of fools..." -- Plato
Read more »
Posted by Matthew Noto at 8:23 AM 2 comments:

"In a society dominated by the fact of commercial competition, money is necessarily the test of competition and wastefulness the sole criterion of power..." -- Upton Sinclair

"It takes a special brand of sociopath to "work" in government..." -- The Overlord

"The people who scream the loudest and most-frequently about racism, are, in fact, the real racists they are warning you about..." -- The Overlord 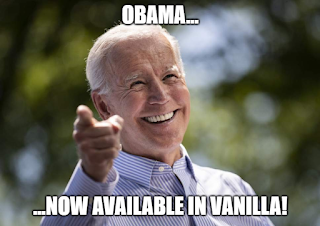 "But the chief penalty is to be governed by someone worse if a man will not himself hold office and rule ..." - Plato, "The Republic"

Read more »
Posted by Matthew Noto at 8:30 AM No comments:

The Left is Just a Bunch of Jilted Booty Calls...

On the subject of impeaching a President when he's already set to exit the scene in a week:

This all reminds me of the end of a very messy love affair.
From the male perspective: You have invested time, effort, energy and some emotion into a losing effort. It is now over, however, and there is not much productive left to do but to say your goodbyes and then go on with your life.
From the female perspective: simply limiting your losses and then moving on is not satisfying. This deprives you of the three elements that differentiate you from the male: the need for drama, the need to portray yourself to the outside world as his victim, and the need to not only get in the last word, but to ensure that your last words are of such a nature as to emotionally scar the bastard who is the source of your unhappiness.
Your own role in this fiasco, of course, goes unnoticed and unremarked upon.
This impeachment is the equivalent of saying "and by the way, you have a small dick and I faked every orgasm" before dramatically slamming the door in his face.
The fact that he's on the other side of the door laughing at you, and already planning to screw your sister, doesn't matter: you got that last act of passive-aggressive defiance out and now you can make yourself fat and even-more unattractive with tons of Haagen-Dasz, free of guilt. The Left cannot be happy with mere victory: it must crush and humiliate it's enemies, as well. We can now look forward to four years of Struggle Sessions and something akin to Mao's war on the Four Olds. Be careful what you ask for...
Posted by Matthew Noto at 11:26 AM No comments:

Notes from the 9th Circle of COVID Hell...

"If everyone was jumping off a bridge, would you do that, too?" -- The Overlord's Mommy

Read more »
Posted by Matthew Noto at 8:53 PM No comments:

"If you had a million Shakespeares, could they write like a monkey?" -- Steven Wright

"Monkeys are superior to men in this: when a monkey looks in a mirror, he sees a monkey." -- Malcolm de Chazal

Notes from the COVID Gulag...

"For, having begun their building of the Tower of Babel without us, they will end in anthropophagy. And it is then that the beast will come crawling to us and lick our feet, and spatter them with tears of blood from it's eyes. And we shall sit upon the beast and raise the cup. And on it will be written "Mystery!"." -- Fyodor Dostoyesvsky, "The Brothers Karamazov"