Defunding (Our Own) Terrorists... 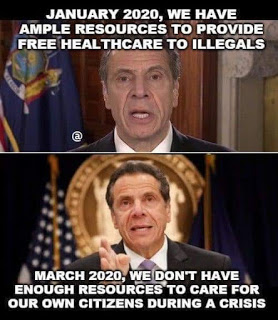 Even though that quote sounds very much like Ayn Rand's Objectivism, I'll leave that thought for another day. For today, I wish to talk about terrorism.

In the sense that the word is typically meant, it refers exclusively to any people whom liberals hate. That is to say, White Males, heterosexuals, Christians, Jews, republicans, (some) libertarians, anyone who objects to the Great Collective and the means by which it will be created and enforced.

When the Leftist trash uses the words "Domestic Terrorism" they certainly don't mean the terrorism they approve of, i.e. that which will destroy capitalism and Western Civilization. For those who haven't been paying attention, here's a helpful list:

1. People who wish to go to church without masks on are terrorists. People who burn down other people's property when a criminal dies while resisting arrest and high on fentanyl, are not.

2. People who gracefully, if grudgingly, accept the outcome of an election without violence are terrorists. people who throw extended temper tantrums, throw Molotov cocktails at random buildings, assault the elderly in the streets for four years because some fat bitch lost, are not.

3. Anyone who has any sort of problem with "Social Justice" (mostly because it's anti-social and has no association with "justice") is a terrorist. Those who would engage in a program of naked racism with the threat of a mob at their back, are not.

4.A people defending itself are terrorists. Goat-fucking scumbags from a degraded culture still mentally mired in the 7th Century randomly lobbing rockets into residential neighborhoods are not.

5, People who would just rather live in peace and quiet in a society where the Rule of Law holds sway are terrorists. Politicians and unions who support and cheerlead for a motley collection of brick-throwers, arsonists, looters and cop killers, are not.

You get the picture; if they didn't have double standards, they'd have none at all.

It would seem the real "domestic terrorists" all have D's next to their name or are clients of and slaves to the Left.

There is one form of leftard  terrorism that we all encounter on a daily basis that "a friend of mine" is determined to fight. Since "my friend" is but one person and incapable of taking on the whole of the Left (regardless of how weak, stupid, flabby, morbidly obese, girly and menstrual they are) direct action is worse than useless. So, another strategy is needed, and "my friend" has one: the Achilles' Heel of the entire collection of Red Diaper Babies, which is to say, money.

Since they have none, they depend upon government to steal it from others to give to them, in one form or another.

The price of a pack of cigarettes in New York City (the good ones, not the cheap shit that's a cardboard tube full of dried lawn clippings) will run you between $14 and $16 a pack, depending on where you get them.

Approximately $8 of this is taxes. Taxes which are supposed to fund our "healthcare system" (i.e. keeping illegal aliens, welfare queens and the useless elderly in bandaids and eyedrops).

You know, the one that just failed spectacularly in the face of what was essentially a flu epidemic that wouldn't have been half as bad as it turned out to be had the leftists not conspired to make it so in myriad ways from defense of illegal immigration and support of Open Borders to deliberately sending infected people into nursing homes to infect others in greater numbers.

It has recently come to my attention, through "my friend", that there are plenty of outlets currently selling "bootlegged" cigarettes throughout Sodom-on-The-Hudson, essentially at half the regular price.

Now, these are not, strictly speaking, "bootlegged" in the sense that "no one paid taxes on them": this is not true  -- the taxes were paid elsewhere. Just not New York. The cigarettes were purchased in another state with no or low taxes and then shipped to New York and still sold at profit.

This means the tax money doesn't get into the hands of Bill DeBlasio and Andrew Cuomo, the Yasser Arafat and Saddam Hussein of The Big Apple; neither does it fall into the hands of their minions -- tens of thousands of unionized dipshits who only have a job because they managed to pass a Civil Service exam by connecting the dots and coloring inside the lines...and then with Affirmative Action, on top of it.

Because you're a fool if you believe that the tax money ever finds it's way into "the healthcare system", seeing as how it has to filter through several layers of grifter government before it gets anywhere -- the tax officials, the administrators, the political parties -- and when it finally does get to "the hospital", what's left is scavenged by the hospital version of the Managerial state and the unions that "operate" the public hospitals.

This is just one reason why an insured person pays $54 for a Tylenol in a NYC hospital, and then there is no PPE and the Governor is screaming for "ventilators" after declaring three months pre-pandemic that New York could "easily" afford to pay for "healthcare" for both citizen and disgusting piece of shit who snuck across the border (see photo above).

It's why the State Lottery generates billions of dollars for "education" and we rank near the bottom in every category concerned with Public Schools. The money never gets to the classroom because there are bureaucrats and functionaries lining up to siphon it off. What little makes it through the gauntlet is wasted because it's never spent with a thought given to things like mere efficiency or need.

I've also recently heard of people who are distilling their own alcohol and brewing their own beer in these parts, so as to avoid sales taxes on those, too. That money goes, ostensibly, to repair our roads; if you've ever driven on just about any street in this city, the only road with fewer craters in it is probably the Highway of Death leading into Iraq. The misnamed Department of Transportation is very often referred to as The Department of Broken Axles.

The Traffic Enforcement cops are out in force, seeking scofflaws (even if they have to enter a private driveway or garage to hook you up), traffic cameras are being erected everywhere to generate revenue for the City, and already there's an expectation of yet another round of tax hikes coming our way, even as hundreds of thousands of New Yorkers have fled for greener pastures, and business has pulled up stakes because who wants their employees living in a rat-infested shithole with daily riots and hospitals that don't work?

These little acts of circumvention take money away from professional bureaucrats and unionized doofuses who "work" for the Government. That is to say, the very people who created this Monument of Epic Dumbfuck, and the elected assholes who keep them as favored pets. Those doofuses get pretty cranky when someone takes their slush funds away from them, but fuck them, too.

They've tortured us for decades, and never more than in the last year, with their fucking mask mandates, contradictory and non-sensical "health regulations", their business-crippling regulations, their overbearing "emergency" decrees, the persecution of every day citizens who fail to kowtow to bureaucratic imperative.

These are the REAL terrorists.

And just as the United States has fought one aspect of the War on Terror by finding and destroying the financial supports of ISIS and Al'Qeada, we must do the same to the terrorists on the public payroll.

There's a lot of stuff like this happening around here, of late.

Concerted drives to convince parents to avoid enrolling their children in Public Schools in favor of private ones. The teacher's union in this city has covered itself in glory (they call it such, but really it's a thick layer of shit) keeping the schools closed while they sit at home getting paid, or mail in a Zoom lesson here and there.

Every little bit helps; every little dodge here and there, every instance of citizens deciding they've had enough of Gracie Mansion as Kremlin; every tiny act of defiance that deprives these murderous scum of money, power, influence and authority, is welcome in my eyes.

The current regime, from the Biggest Anus on Planet Earth (Cuomo), to the Biggest Clown in the Galaxy -- and his tamed lesbian con artist...I mean "wife" (DeBlasio) -- the union heads, the City Councilshits who encourage riots and racism in the quest for votes, the Rabble of Proles who live and die by government's ability to extract wealth from those who produce it, all suffer every time one of us decides, "nah, I'm not following that rule".

Like a Chinese Water Torture (as opposed to the Chinese Mucous Torture we've all just lived through), every drop brings us one step closer to the ultimate goal of breaking the will (by breaking the wallets) of the Useless, the Venal, the Stupid and the Losers.

And then, when the leftist dependent Class from the Governor down to the asshole who scrapes chewing gum off the subway seats, predictably start complaining, hypocritically, about The Rule of Law and new "Crises" caused by lack of funding and non-co-operation, they will have no one but themselves to blame.

They actively funded, supported, and incubated a culture of obnoxious civil disobedience and a pervasive attitude of "fuck everyone else" that, to date, has only hurt the people who make life here possible with their tax money.

They taught us how to resist.

It's now time to start hurting the people who add little or nothing of value to life by their consumption of tax money.

Update: Fixed a bunch of grammatical boo-boos...Speed and illicit liquor while writing.
Posted by Matthew Noto at 6:54 PM